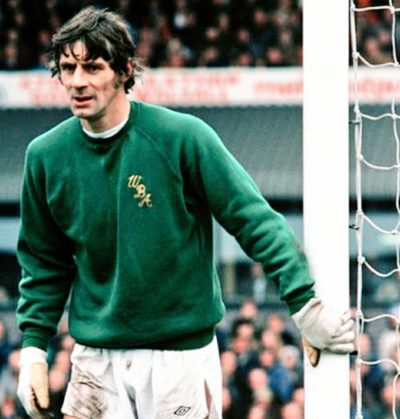 Purpose: To defend your team from the opposition.

The number one player you need to nurture and develop for Premiership Health is your Health-Keeper, aka the immune system.

If you have a top-class immune system it makes it very hard for bacteria, viruses and cancer cells to infiltrate your defences and score against you.

The great football managers of the past like, Brian Clough, Bill Shankly and Jock Stein, all realised you build a successful team from the back. You lay down the foundations for a solid defence and stop the opposition from scoring.

For the simple reason, it is much easier to win a game if you don’t let in any goals (by getting sick) in the first place.

When I was a kid the Albion Keeper was John “Ossie” Osborne – With his old man looks, lack of teeth and generally scruffy appearance, he soon earnt a place in the hearts of many an Albion fan.

A number of things however, made “Ossie” standout from your average goalie.

Secondly, he had a great rapport with the fans, famously or infamously taking cigarettes offered to him by supporters during a game to calm his nerves.

Thirdly, he was an exceptionally brave goal keeper, regularly in the wars and in one game against Southampton, he played most of the first half with concussion. He was even nicknamed the “Bionic” goalkeeper after having a strip of plastic inserted into his arthritic finger to form an extra joint.

Despite all this, he was still a tremendously good player and during the 1976 promotion season he set a club record for clean sheets. In a 2004 poll organised as part of the club’s 125th anniversary celebrations, he was named as one of West Bromwich Albion’s 16 greatest players.

One statement of Ossie’s stands out and highlights his great astuteness in realising the importance of his position to the team:

“I go out on Saturdays knowing that not only my livelihood, but that of ten other men, depends upon how I perform”

It would serve us all well to remember this quote as we proceed on our journey to Premiership Health. Because, without first and foremost, a top performing Health Keeper, you are not going to enjoy a long and successful career in the game of life.

Sadly, John Osborne died in 1998 at the age of only 57 from Lung cancer. He realised too late that even great Keepers can succumb to the ravages of cancer if they do not take care of themselves.

“I smoked ciggies from an early age and a pipe from the age of 30. I knew all about the dangers when I started.

“It’s only now I realise how stupid I was”

Health Keepers are in command of your immune system, charged with the duty of stopping bacteria, viruses, and cancer cells from scoring goals against your team/body’s defence.

The importance of a strong defence should never be underestimated, because ultimately it keeps you in the match and provides the solid base from which you can score some quality goals.

This is one of the key health beliefs you need to adopt for Premiership Health:

Stay strong at the back to keep out the attack.

Video: The Immune System part one